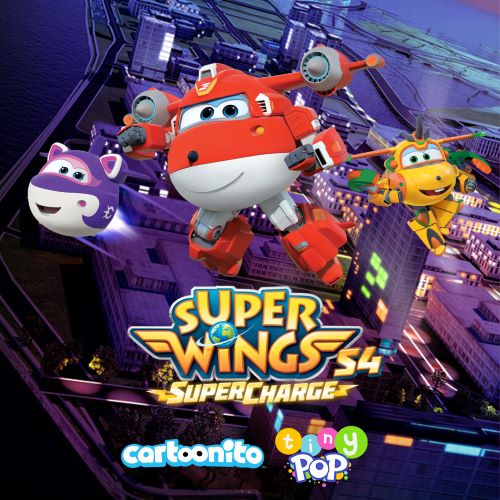 Alpha Group’s dual broadcasting partnerships will continue in UK, with Cartoonito airing the new Super Wings Series in March and Tiny Pop launching on free to air later this year.

In addition to the new series, Alpha Group UK will be bolstering their extensive master toy range with the introduction of new products for AW20.

The popular Transform a Bots will offer a host of new designs along with a new impulse price point. The popular Transforming Vehicles range will be enhanced with new ‘super-charged’ themes from the show along with the introduction of new characters into the collection. Air Base HQ is the key playset for AW which features heavily in the new series. The range will be supported through heavyweight TV and digital campaigns, PR and consumer promotions.

Antoine Erligmann of Alpha Group comments “We are thrilled to continue our partnerships with Cartoonito and Tiny Pop to launch Super Wings Season 4 content in the UK. The Super Wings Series continues to perform strongly within the competitive pre-school programming space. Pre-schoolers are sure to love the new series with its exciting new theme, characters, storyline and corresponding toy ranges available throughout AW.”