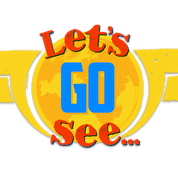 The deal will see Little Dot Studios distribute ‘Let’s Go See’ episodes and a new pipeline of content across their Wizz, Wizz Explore and Nugget YouTube channels, part of their Children’s and Family network.

Rob Johnson, co-founder and creative director, created Let’s Go See to educate his own children about global travel, inspired by own his career as a commercial airline pilot.  The brand has been on a huge trajectory of development and has chalked up over 85,000 book sales, an award-winning app, and is now set for the next step on a phenomenal growth journey.

James Loveridge, Director Of Entertainment at Little Dot Studios comments: “The Family Team and Entertainment Department at Little Dot Studios are delighted to be partnering with Plane Characters to launch the Let’s Go See channel on YouTube. Let’s Go See is an exciting new educational brand, and we’re looking forward to bringing brand new audiences to this fantastic show by showcasing its content across our Wizz Network of children’s channels. We can’t wait to see how high the show can go.”

The first episodes to be launched across the Little Dot Studios network from September, are snackable 7-minute episodes exploring Egypt and New York, with a further content plan in place for future releases before the end of the year.   The animation is further complemented by an award-winning app which through AR tech’ allows children to ‘fly’ their very own JJ-1 aeroplane and share a journey with the Let’s Go See ‘Junior Jet’ characters – a group of children from different walks of life and cultures who feature throughout the animations.

Welcomed by parents, the explorative property is packed full of ‘stealth learning’ with travel      inspired facts and figures, many with a nod to the EYFS and key stage one curriculum.  The animation and app has also won the accreditation of child research psychologist and play expert Dr. Amanda Gummer and her team at The Good App Guide.

The series started as a collection of books inspired by Captain Rob’s travels and the stories that he used to share with his children when he returned from work as a long-haul commercial airline pilot. Building on their fascination and inquisitiveness, Captain Rob took to producing his own books and has gone on to become a self-published author, inspiring thousands of children in the process. Following a first round of SEIS funding, Plane Characters Productions created the Let’s Go See brand and began producing exciting animations for children based on the books and their popular characters, Pilot Polly and Pilot Ollie.

The Let’s Go See animations are currently available to view on YouTube. www.youtube.com/c/letsgosee  The Let’s Go See app, developed with the support of Dr. Gummer’s Good App Guide, launched in late 2020 and is available free on the App store and Google Play. 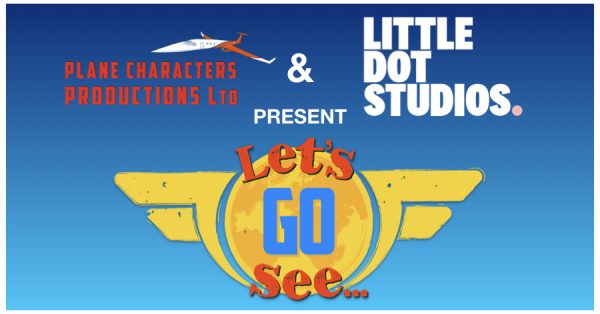