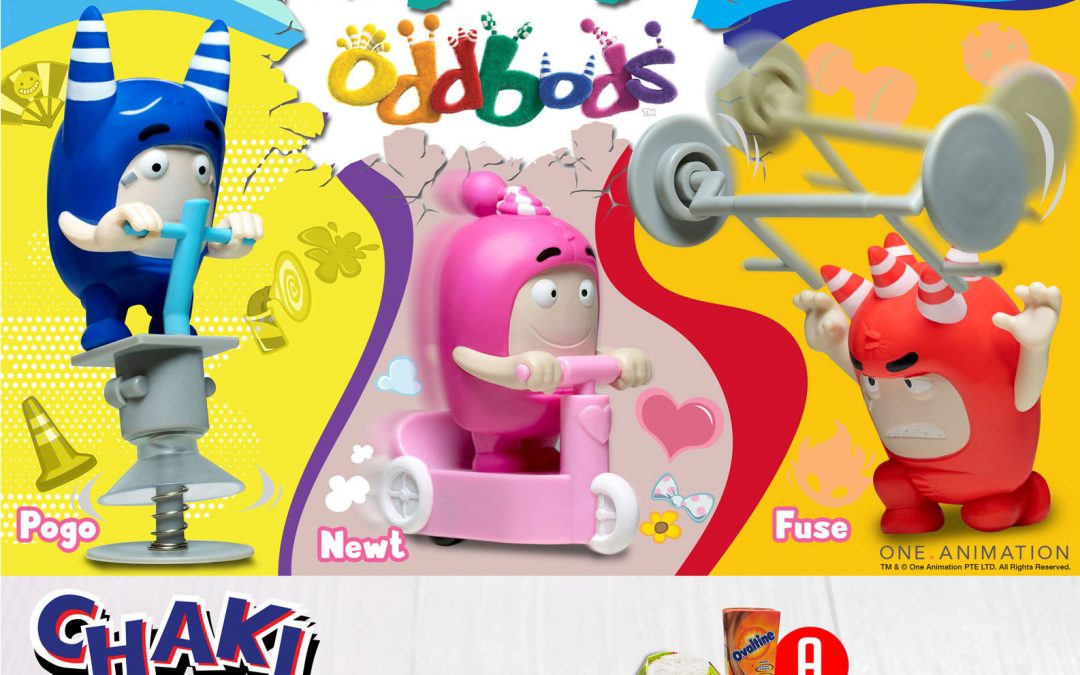 One Animation’s twice Emmy nominated show, Oddbods, is serving up a raft of major international QSR deals launching from later this month. Oddbods will be bringing their quirky brand of mischief to 2500 restaurants across 2 countries with 2,100 US POPEYES® branches and 400 Indonesian KFC restaurants all joining in the fun!

Fans can head over to any participating POPEYES® US restaurant from this month to collect Oddbods themed jigsaw puzzles and playing cards, whilst fans of KFC in Indonesia can collect a series of 7 exclusive toys when they purchase a Chaki Meal.

Sashim Parmanand, CEO, One Animation comments; “Rolling out these promotional deals with such household names as KFC and POPEYES® bears testament to the high calibre of partners that Oddbods is now attracting on a global scale. We’ve been following a deliberate strategy to serve up relevant, fun and interactive Oddbods content whenever and wherever our global fanbase is and we’re thrilled to be working with POPEYES® and KFC to this end.”