BEYOND BALLOONS AND QUALATEX KIT OUT DISNEY FOR LONDON PRIDE 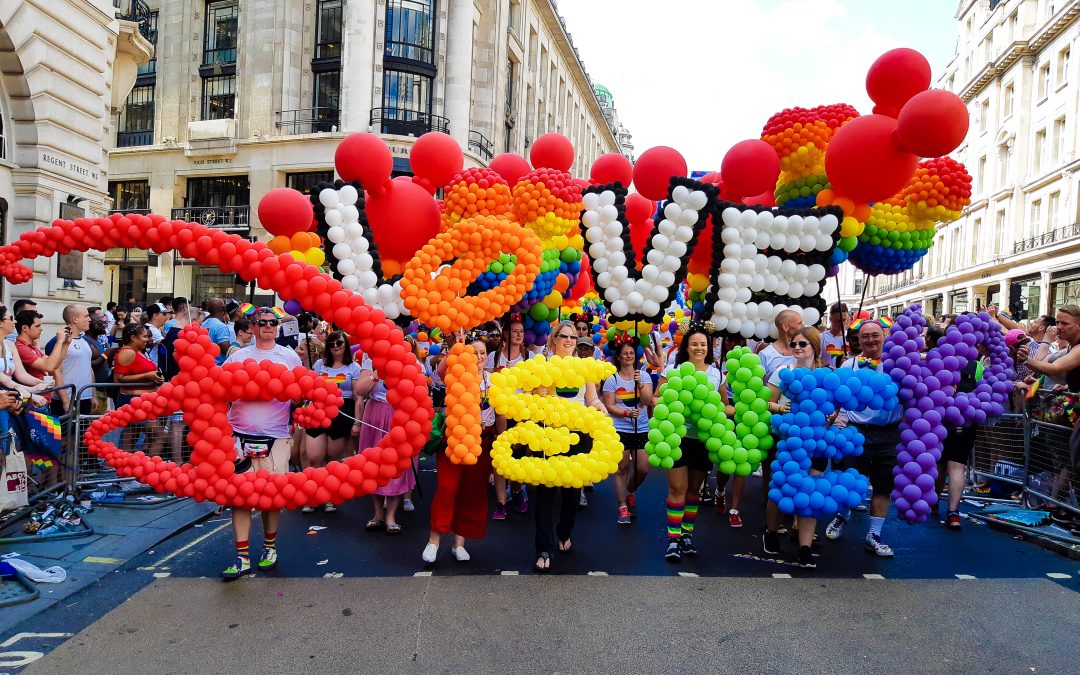 This weekend saw the 46th London Pride, where an estimated 30,000 people took part in the annual parade, which is one of the world’s biggest LGBT+ celebrations. Following a successful debut in 2017, Disney UK returned to the much-loved event for a second year with the expert help of Stuart Davies from Beyond Balloons.

This year’s entry featured a staggering 3500 rainbow coloured Qualatex balloons spelling out the Disney name, and the word LOVE in black and white, alongside spectacular rainbow Mickey Mouse heads – each one containing over 800 balloons.

A team of 9 balloon artists and a host of over 30 Disney cast members joined Qualatex Instructor Stuart for the build at Disney UK’s Oxford Street store, where they worked together across 3 days, to create over 85 balloon structures.

“Being given the chance to work on such an important event for the second-year running was truly an honour,” commented Stuart. “This event gives me the opportunity to push boundaries and to do so, I need to work with the best materials, which is where Qualatex balloons come in. I’m so proud of our creation for this year’s Pride London and would like to thank the amazing teams at Disney, Qualatex and Beyond Balloons as well as all the other contributors for making this come together in such a joyous and memorable way.”

“Once again we had an incredible array of rainbow-coloured balloons, with updated designs including rainbow-striped Mickey heads, and LOVE letters. In total, these incredible pieces were made up of a staggering 13,500 individual balloons all assembled by the Beyond Balloons team with the help of some Disney VoluntEARS!,” added a spokesperson from The Walt Disney Company.
Also joining the team was competition winner Vicky Earl, from Victoria Eyton Party Supplies in Callington, Cornwall. Vicky won the opportunity to take part in the build when she won a prize draw, entered when she booked on a Qualatex balloon education course.

Vicky commented “I thoroughly enjoyed my time in London, working alongside Stuart and his team. I learned some very useful tricks that I have already put to use in our shop window and will use again in the future. The highlight for me was the end result – seeing all the balloons coming out of the Disney Store and being walked down the street was amazing! I would recommend getting involved in something like this to everyone if they can.” 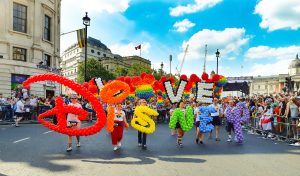 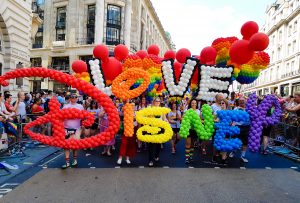