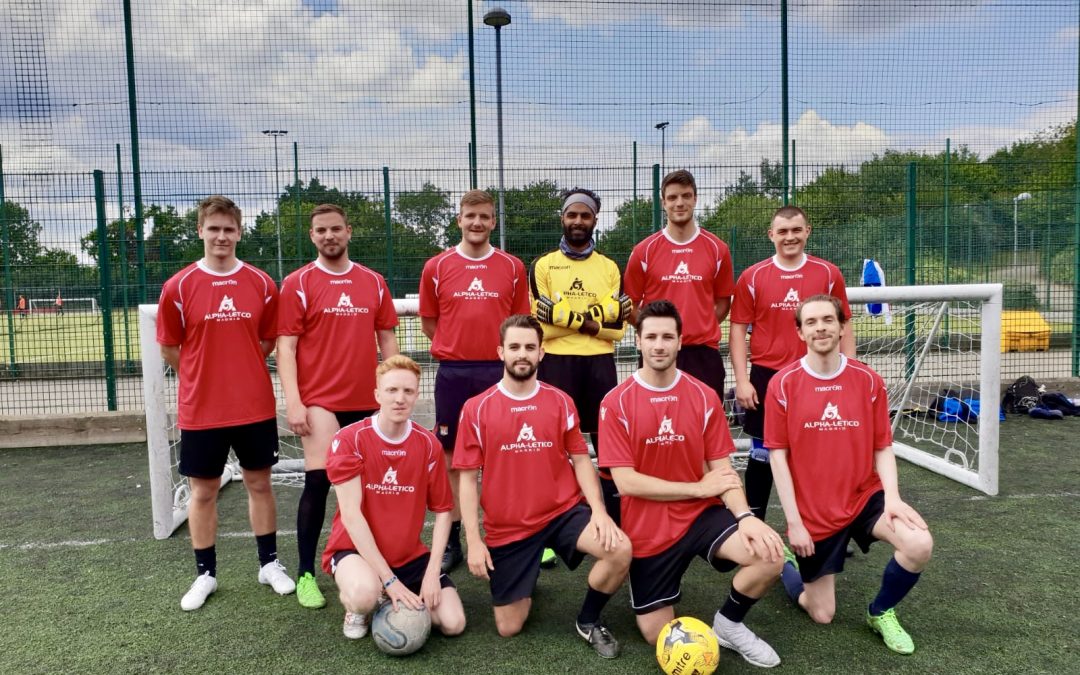 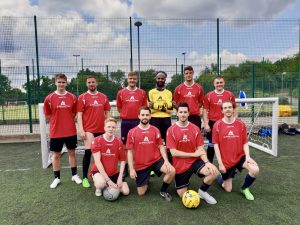 The seven-a-side team were knocked out in the semi- finals of the charity event by Hasbro.

The team from Alpha Group UK took part in Hasbro’s annual, hotly anticipated football tournament on the 12th of July at the Brunel University Sports Ground, but lost out to Hasbro on penalties in the semi-final round. They’re an English team, after all.

Each year the event, which also incorporates a netball tournament, raises around £7,000 for the Toy Trust, the toy industry’s charity, which helps disadvantaged children and their families through fundraising, donations and emergency funding.

Sam Hollinsworth, captain of the Alpha Group, aka ‘Alpha-letico Madrid’s all-time top goal scorer and captain’, said: “It was a pleasure taking part in our first Toy Trust football tournament, a fun-filled day full of healthy toy industry competition. Although we worked hard and ground out some great results in the group stages, we ended up missing out on a place in the final.

“By us entering this great competition, we feel that we are raising our profile in the UK, whilst supporting a fantastic cause. We look forward to taking part next year and challenging the current holders, Disney!”

To donate to the team and help them to reach their target, you can follow the link to the donation page – https://uk.virginmoneygiving.com/fundraiser-display/showROFundraiserPage?userUrl=HasbroInTheCommunity&isTeam=true