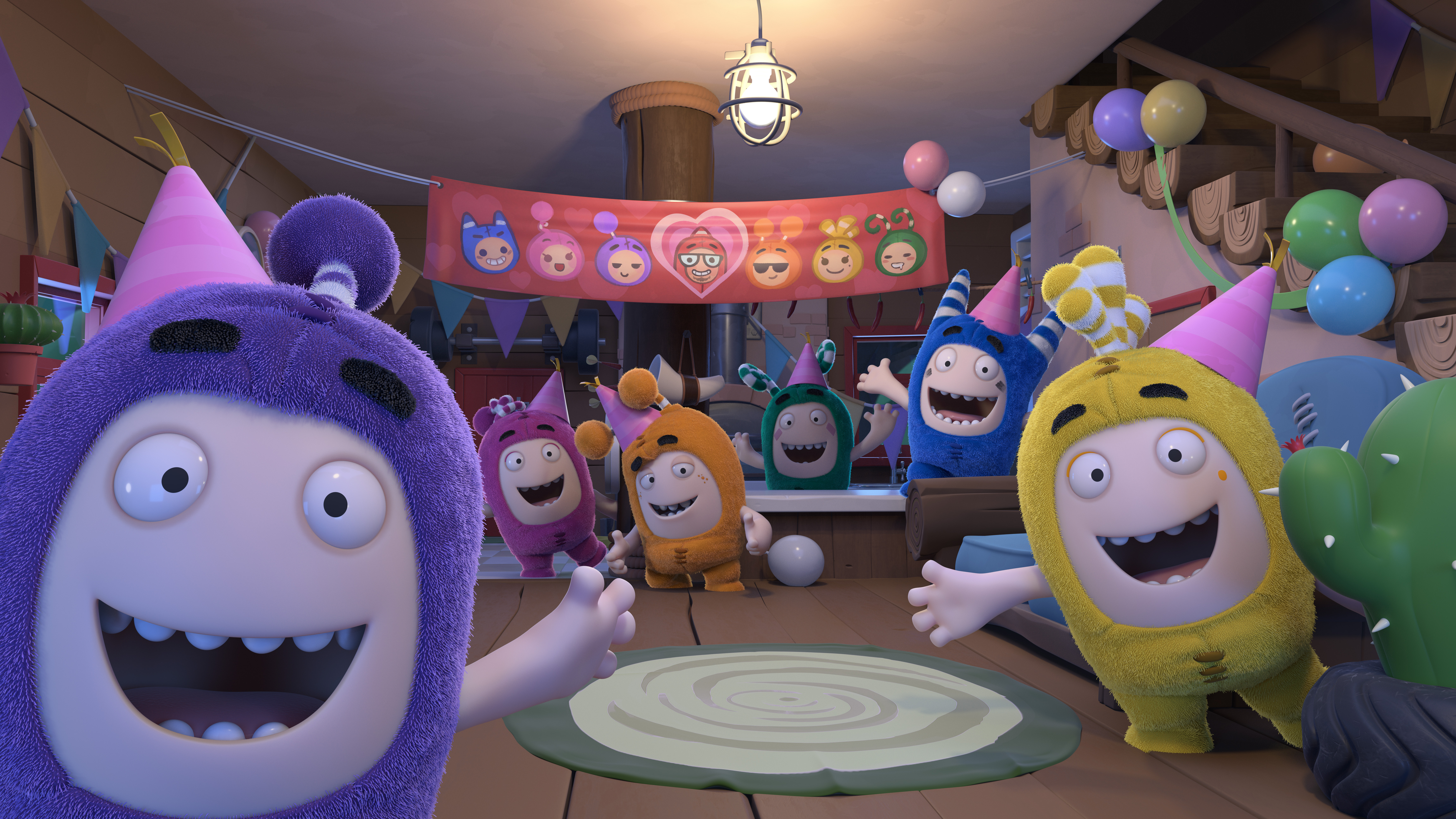 London, 16th October 2018: One Animation today announces it has been nominated for a second consecutive year in the Animation Category of the 2018 International Emmy® Kids Awards for its smash-hit comedy series, Oddbods. Last year, the rib-tickling non-dialogue show was recognised by the academy for Series 1 and this year the nomination for Series 2 joins numerous accolades and high profile partnerships currently being green-lit, with a slew of new deals being signed with leading broadcasters across multiple platforms internationally.

A global deal with Netflix brings more Oddbods to entertain families worldwide this Halloween with a ‘Party Monsters’ special as well as bucket-loads of seasonal cheer with ‘The Festive Menace’ Christmas special.
The Emmy® nominated studio has also struck a deal, brokered by David DiLorenzo at Kabillion, with U.S. entertainment giant HULU LLC to air Oddbods short form content and three Oddbods’ 22-minute specials: ‘Party Monsters’, ‘The Festive Menace’ and ‘Zee Force Five’ across their US streaming services.
Further bolstering One Animation’s global footprint, a deal has been inked in China with Hunan Broadcasting System’s digital platform, Mango TV, to air Oddbods Season 2 (60 x 7 mins) and the Christmas special. The deal secured by The Story Lab China, will see the Oddbods entertain over 150M children across China.

The global rollout has gathered momentum at a rapid pace with European broadcasters also scooping up content to meet demand; Canal+, Teletoon+ and CanalPlay (France), have secured both long form specials and short form formats, while TF1 (France) is also taking 46 x 5-min Oddbods short form episodes for their SVOD platform TFOUMAX, and in the UK, ITVBe, has secured Oddbods Season 2, comprising 60 x 7min episodes, for their recently launched preschool block, little Be.
The Oddbods are also heading to Chile, for VTR Comunicaciones Sp A’s SVOD platform, in a deal which will see 46 x 5min short forms entertaining households across the territory.

Michele Schofield, SVP Content Distribution & Sales, One Animation, is thrilled with the impact Oddbods is having on the global stage and comments; ‘We are on an incredible journey of rapid development and audience demand right now. This, second, Emmy nomination is testament to the industry-leading talent of the incredible team powering our brand. We are working tirelessly to ensure a full pipeline of market-leading content in formats which work across all distribution channels, so it’s great to have been recognised yet again by the Emmy team. The relentless appetite from consumers, facilitates us working with expert talent in the industry and the very best in class partners, enabling us to bring our much-loved and unique characters to millions of families – whether for snackable ‘on-the-go’ kids’ content or for longer-format specials which will see the whole family gather together to watch’.